Vincent van Gogh is today considered one of the most brilliant artists in history. It is widely known that he had a difficult and sad life, struggling to survive and trying to overcome his fragile mental state, but despite the fact that he was deeply troubled, he succeeded to produce around 900 paintings during his short and extremely prolific life. There is not an art enthusiast in the world who hasn’t seen Van Gogh’s Sunflowers, or The Starry Night.

Vincent Van Gogh was born in 1853 in Holland as a son of a minister. Members of his family were not artists by trade, but either clergymen or art dealers. Although his brother, Theo will eventually assume the position of an art dealer, Vincent was not cut out for it. After attempting to pursue this line of work, he failed, just as he abandoned every other non-artistic career he tested – teaching or ministry. After feeling constantly miserable, he made a break with tradition and went to seek himself in the world of art.

His journey started in 1879 in a small village in northern France, where uncovered his true calling under tutelage of painter Jules Breton, known for his paintings of peasants. Soon after, in 1880 Vincent van Gogh would go to Brussels to study drawing and anatomy at the Royal Art Academy. He wanted to follow classes as much as his finances allowed him, which was very limited for the most of his life. His principal supporter was his brother Theo. Vincent was not on good terms with their father, because of his choices in career and private spheres – he was almost always associated with suspicious women or prostitutes.

His first truly ambitious painting was done in 1885 – The Potato-eaters, a summary of Van Gogh’s vision on peasant painting with a strong social content. Because of its dark tones, the work did not have much success on the art market, because in Paris, the center of the art world, artists were painting in a modern, colorful style.

The move to Paris in 1886 will push Van Gogh in the direction of impressionism. He was a fast learner, and he made friends with other artists, Paul Gauguin for example. He held the pointillism of Georges Seurat in highest esteem and believed that he would one day become a pointillist painter.

General fascination with Japanese Ukiyo-E prints caught Van Gogh as well and a lot of Japanese style references can be traced throughout his work of this time. What is also notable is the striking change in Van Gogh’s palette that now employed brighter colors and free, unpolished strokes.

In early 1888, Van Gogh moved to Arles in Southern France. Still wanting to be a peasant painter, he achieved something completely different. His palette literally exploded and this was the most productive period of his life. Seeing the light in a singular manner, Van Gogh depicted it in a number of landscapes and other paintings that are considered icons of early modernity. Painting quickly, he managed to produce about a painting a day, but his style was not well received even then.

By the end of the decade, Vincent van Gogh suffered increasingly from his mental illness, probably a form of epilepsy. Stricken by poverty, unreciprocated love and overall instability, he was falling deeper into despair, which provoked him to end his own life in 1890. This is how one of the saddest biographies in art history ends, telling of the spectacular genius who during his lifetime sold only one single painting. 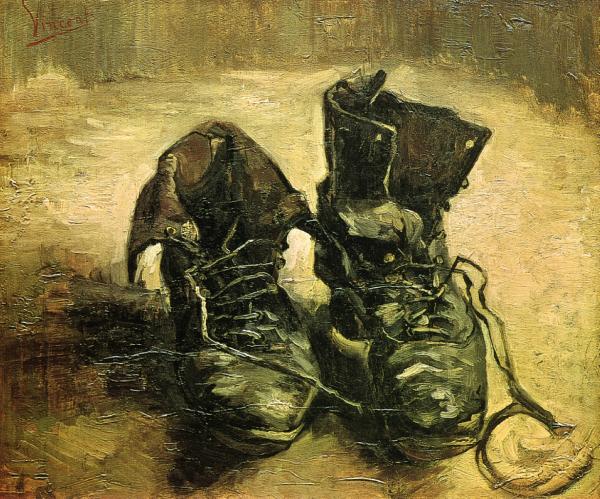 Rugged pair of peasant boots stirred up the spirits long after Van Gogh passed away. An obvious theme inspired by the social context of his previous work, but were these really shoes of the artist? Even if not, they do stand as a symbol for his excruciating life path 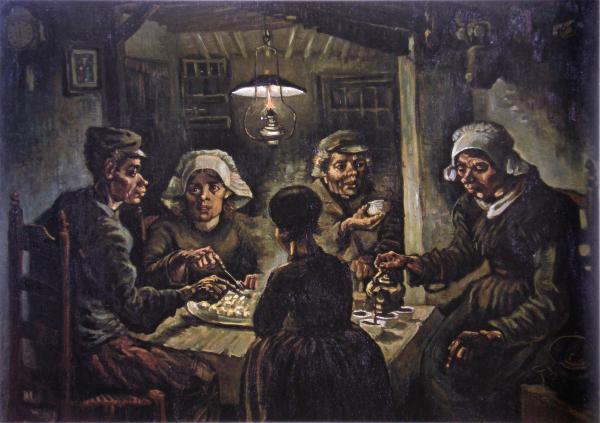 Wanting to depict peasants as they really are, Vincent van Gogh conjured this piece. It speaks of a hard life bound to earth, labor, honesty and poverty. 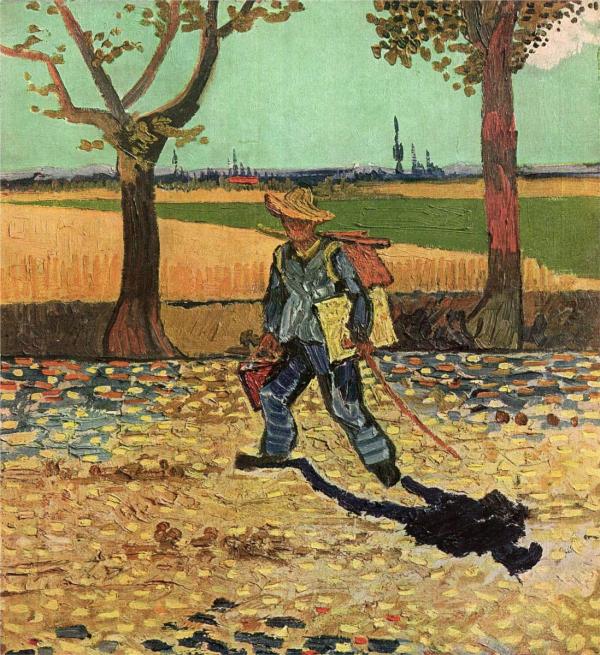 One of many self portraits of Van Gogh, but executed without a mirror this time. Here, the artist portrays his everyday, his way to work and his surroundings. The face is not visible, but tools of the trade undoubtedly define this man as Van Gogh. 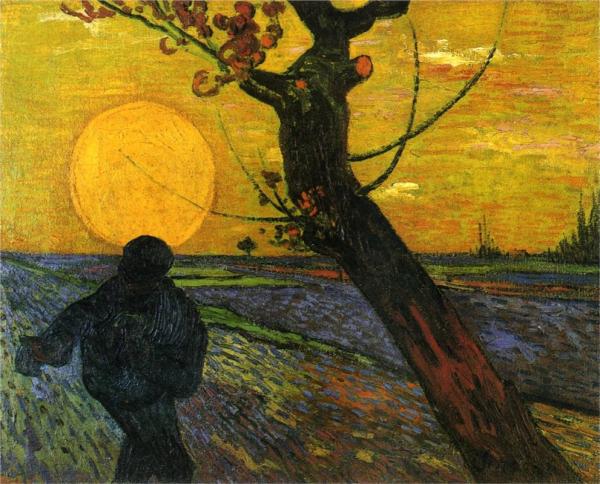 Sower working against a backdrop lit by a setting sun is a wonderful painting from his so-called Wheat series, inspired by Japonism that was so fashionable at the time. Two-dimensionality of Japanese print is found in the circle of the Sun, and the branched tree at the foreground. 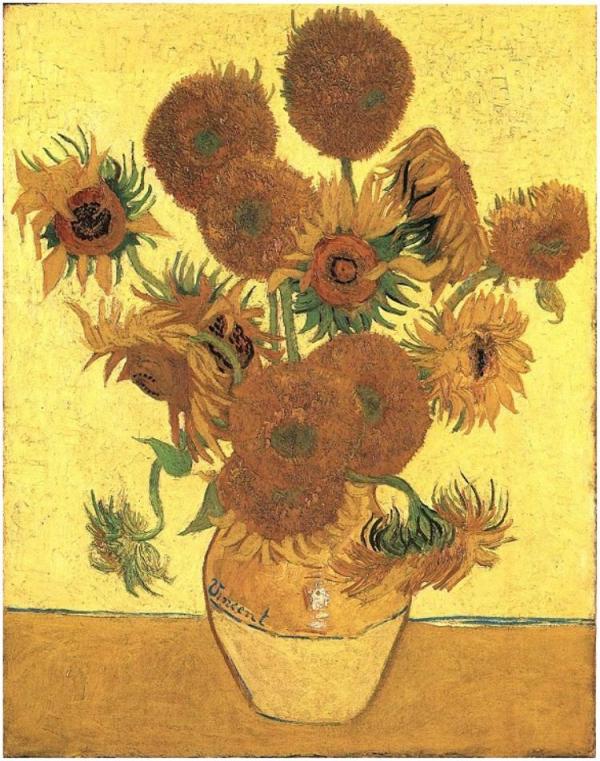 One in the series of paintings of sunflowers. The second series of sunflowers in a vase was executed in several versions in Arles in 1888, while the first one was done in Paris, where sunflowers are laid on the ground. 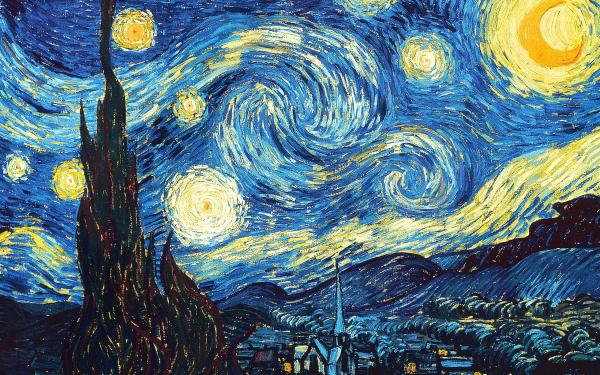 When term post-impressionism is used, it often refers to this painting. Vincent van Gogh painted it when he was undergoing treatment in sanatorium at Saint-Rémy-de-Provence. This was his view through the window, but all must agree, the artist has imagined a world beyond reality, beautiful, moving and energetic, as a way out of his hardship. 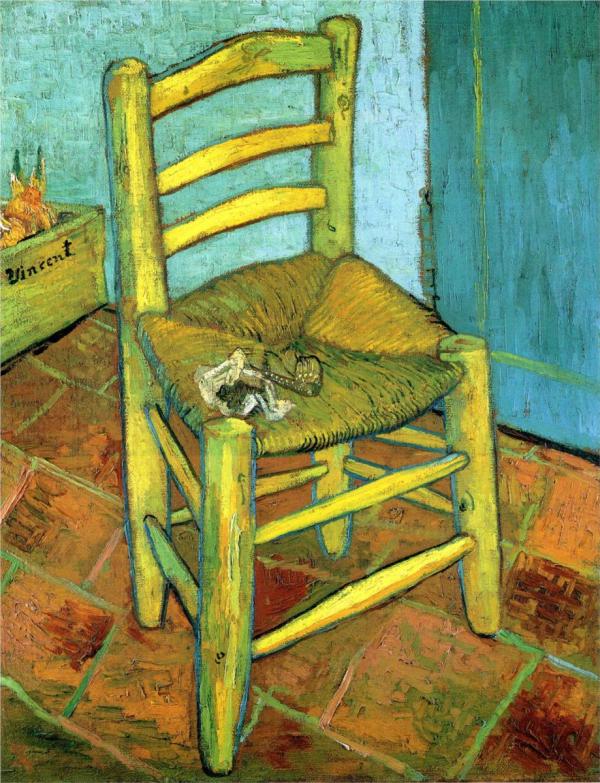 Van Gogh did two chair paintings – this one and Gauguin’s chair. This chair is evocative of Provence, where he lived at the time, and is is depicted with the artist’s pipe on the seat. 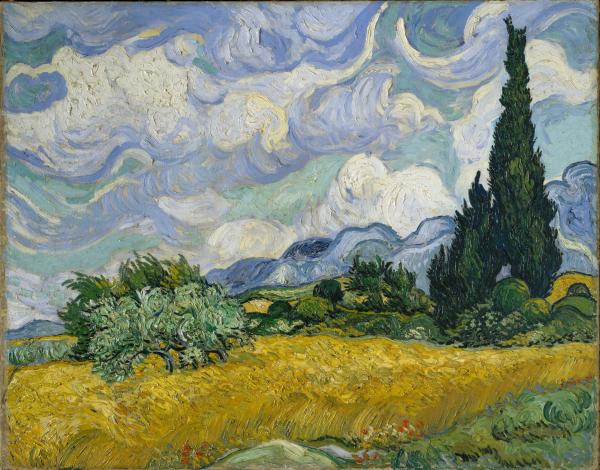 As other paintings from wheat field series, this one was done while Van Gogh was at the sanatorium. Brushstrokes are energetic and perfectly depict movement, to a degree that the viewer can feel the wind blowing through the landscape. 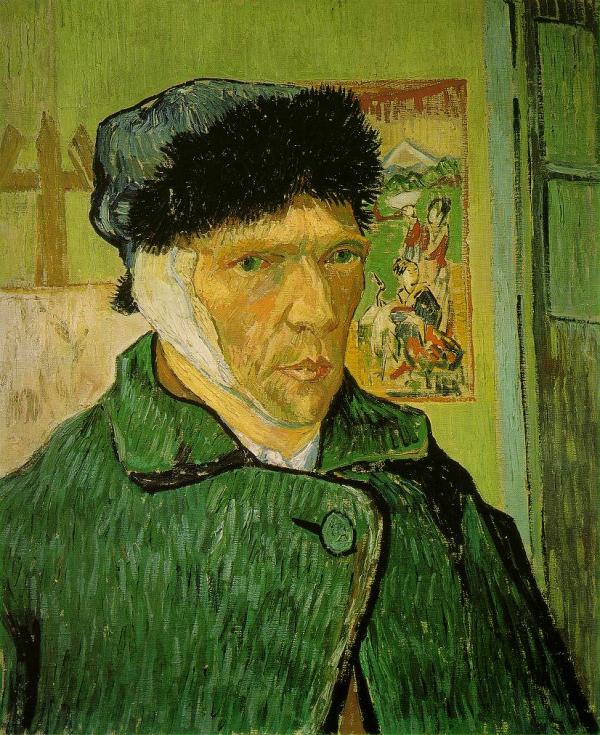 This portrait was executed after Van Gogh cut his own earlobe after the violent argument with his friend and idol, Paul Gauguin. Van Gogh believed that painting would help his establish mental balance. 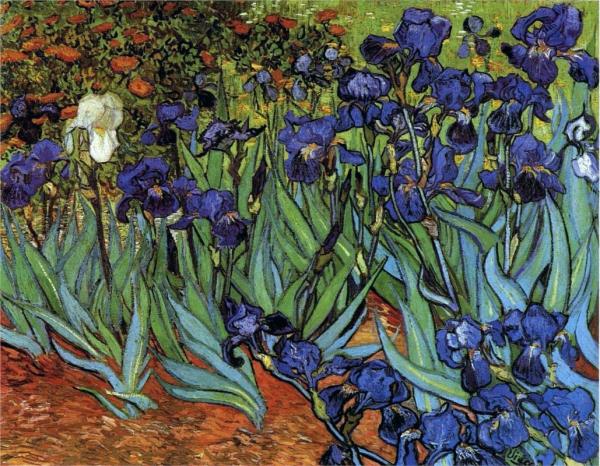 Irises were one of the subjects Van Gogh painted at the sanatorium, one year prior to his death. This work was executed before a mental attack at the asylum. The painting was afterwards sent to Theo van Gogh.